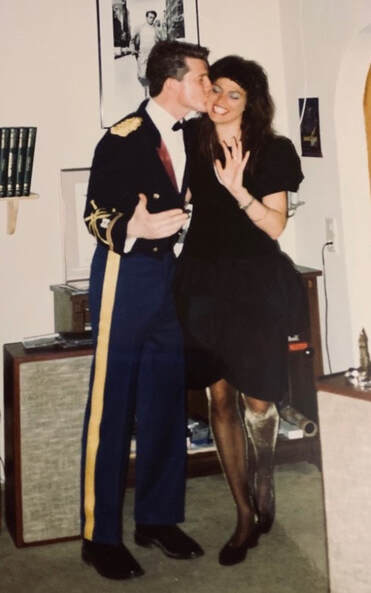 The United States Military has played a pivotal role in advancing the use of lasers to correct vision from the very beginning. The groundwork for the current acceptance of LASIK surgery by all branches of the military was laid in San Diego starting in the late 1980’s when NAVY SEALs underwent laser vision correction as part of a prospective study established and championed by Steven C. Schallhorn, M.D., a dear friend of Dr. Coleman’s and true pioneer in the field of refractive surgery.
Especially for high profile and very expensive-to-train soldiers, such as pilots and SEALs, having laser surgery is a much more practical, safe, and effective way for the military to retain these assets in their job profile without wearing glasses or contact lenses. The United States Military considers vision to be part of the “human weapons system” and every bit as important as the tactical weapons that are deployed in combat.
Many years ago, Dr. Coleman  had the opportunity to spend the night on an aircraft carrier, the USS John C. Stennis, in order to watch Navy pilots who had had LASIK land their fighter jets, at night – a trip organized by Dr. Schallhorn. He considers this to be one of the most awe-inspiring and life-changing events he has ever witnessed.
This, coupled with his years as a flight surgeon for an Apache attack helicopter brigade after spending time with the Ophthalmology Consultant to the Surgeon General at Walter Reed Army Medical Center in Washington, D.C., made Dr. Coleman a true believer in the military commitment to ensuring that soldiers have the very best vision possible when in the service of defending our great nation.

Thank you to all our Military personnel for your service and commitment. Special thanks to Dr. Coleman, recipient of a total of ten prestigious honors including the Bronze Star and Air Medal.