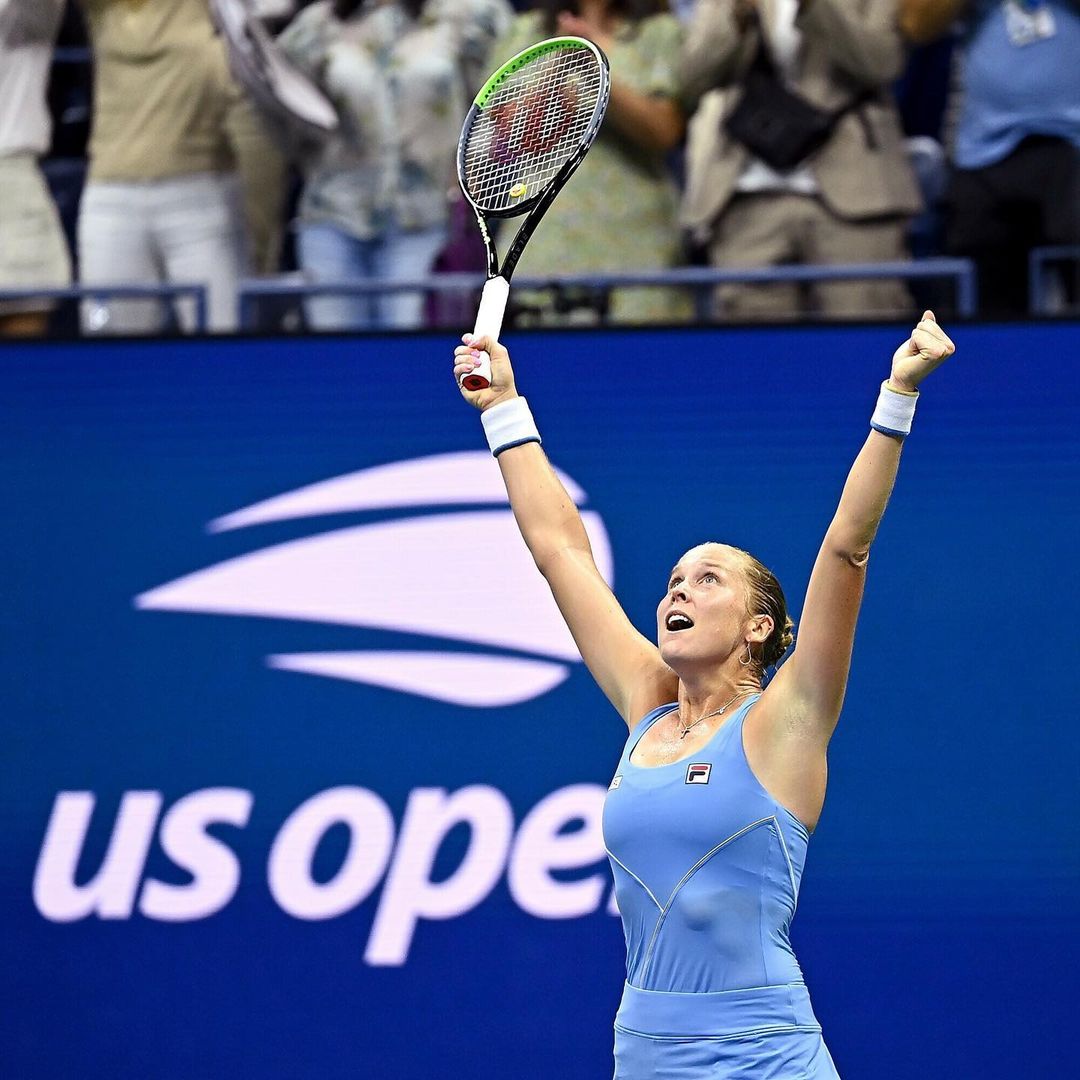 Congratulations to Coleman Vision alumni Shelby Rogers!
Shelby beat the #1 player in the world and advanced to the 4th round of the 2021 US Open! 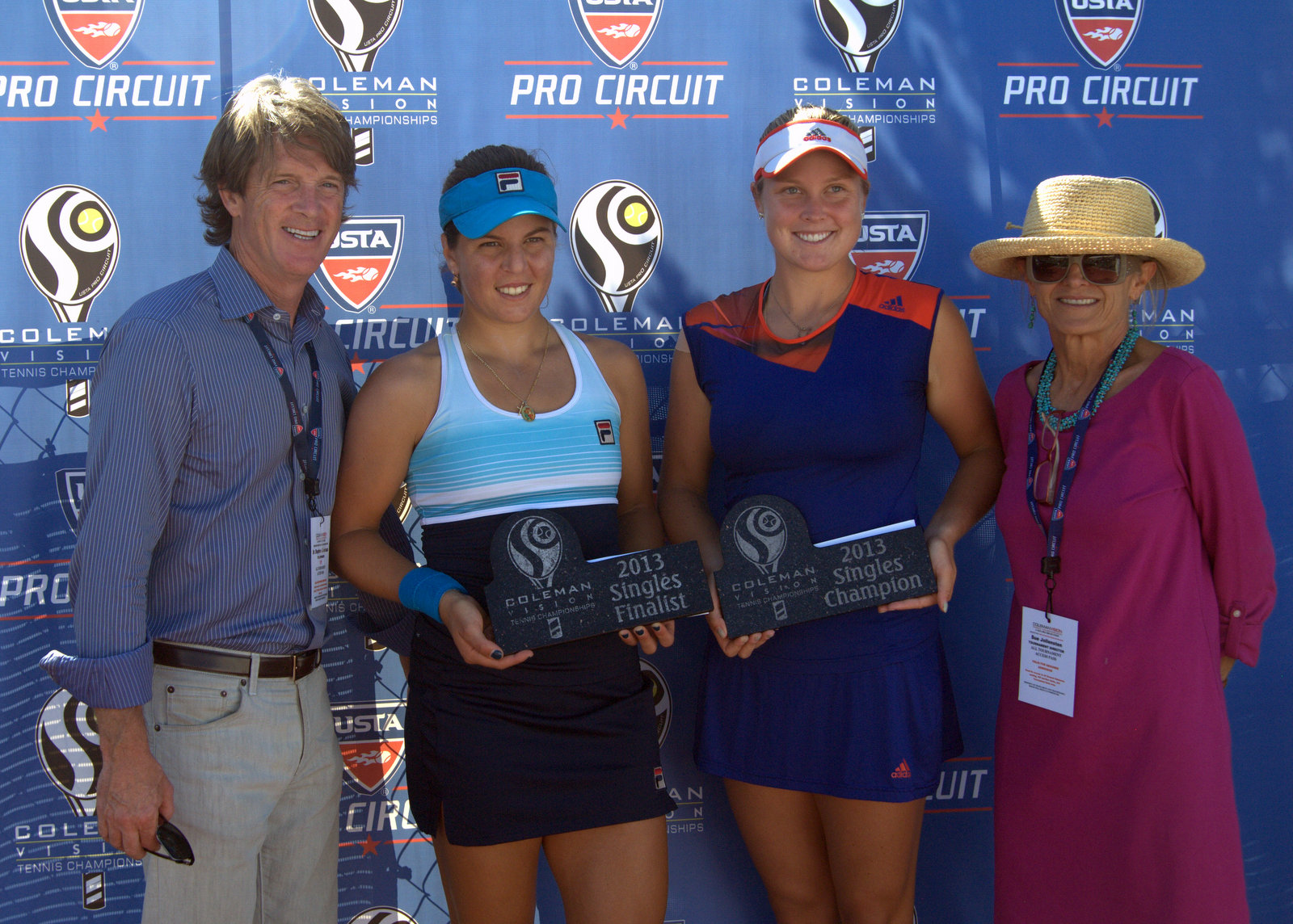 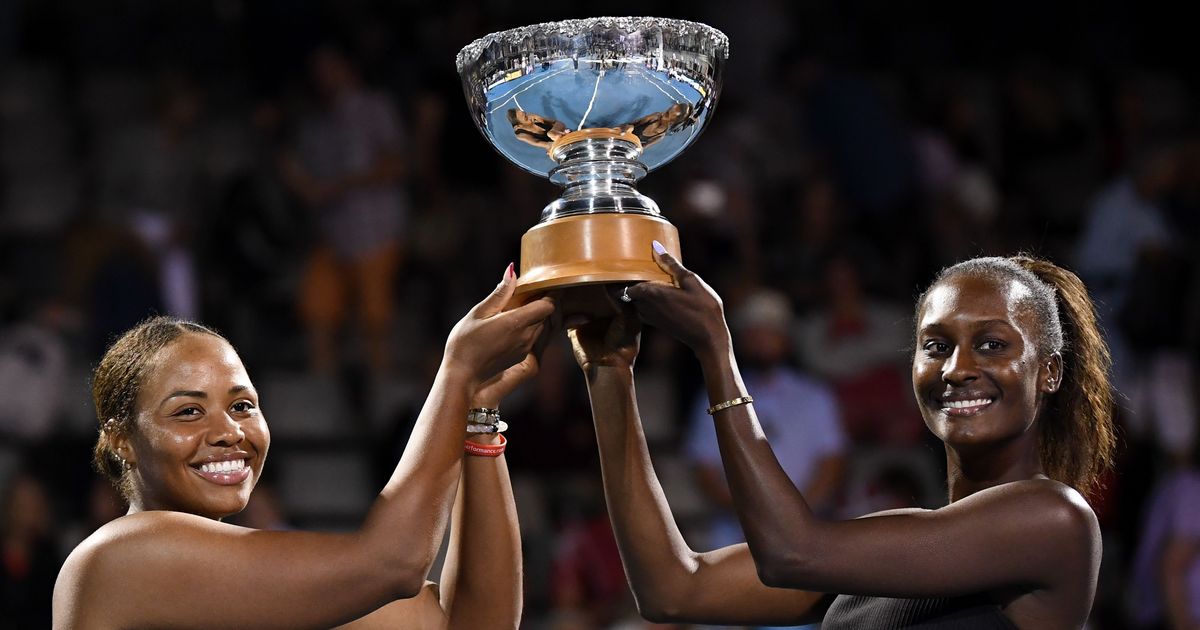 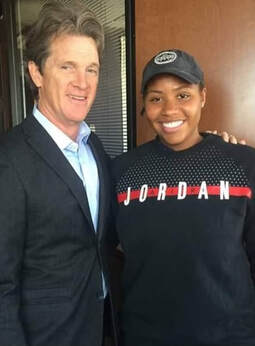 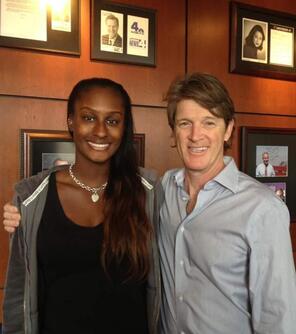 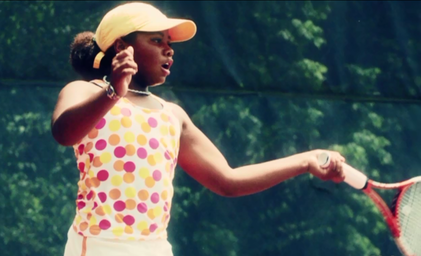 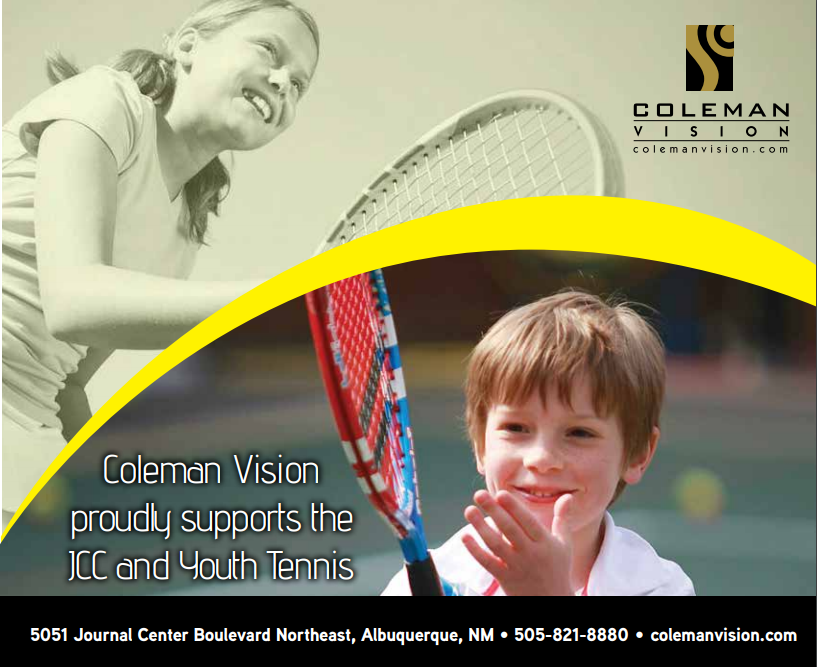 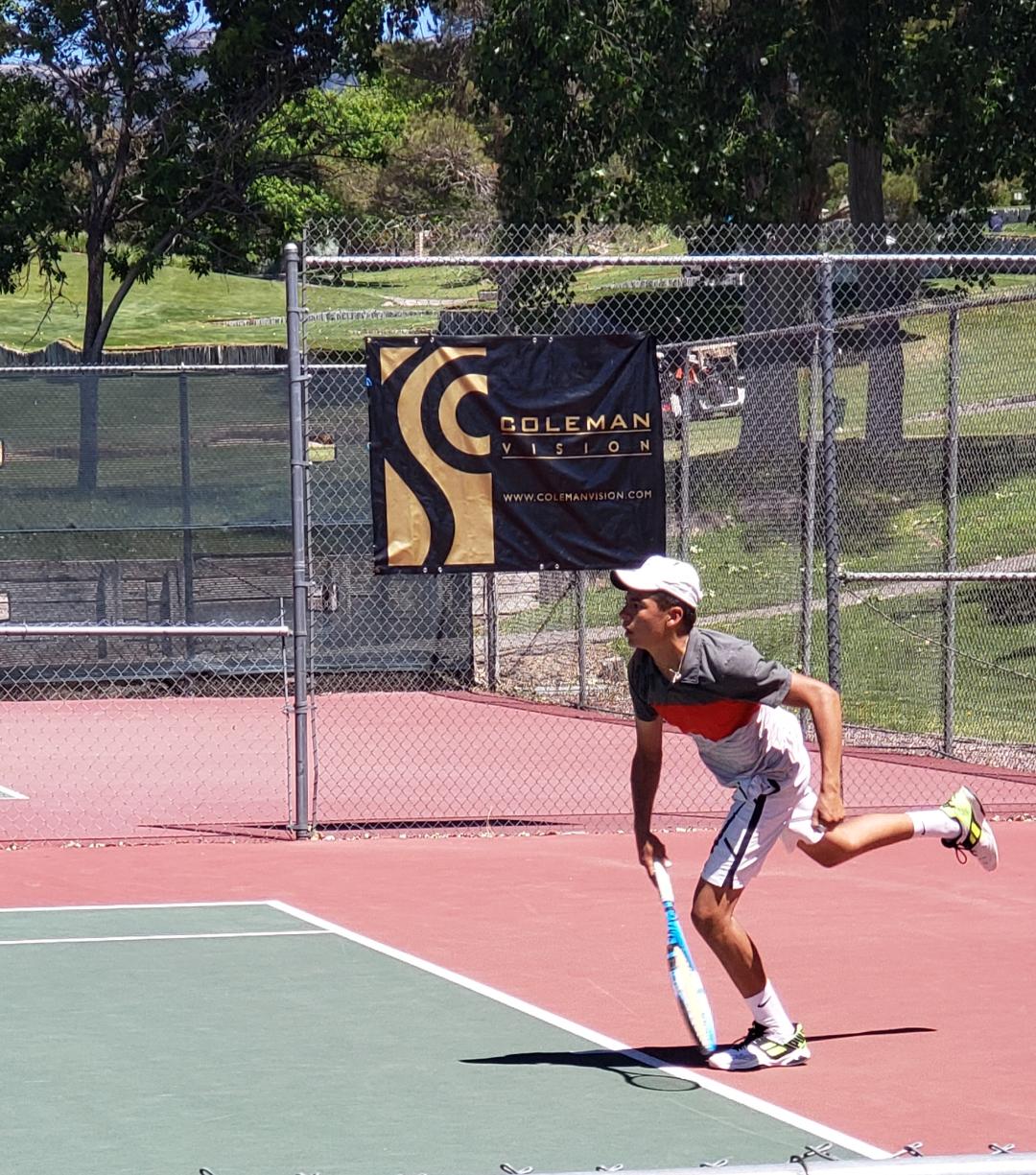 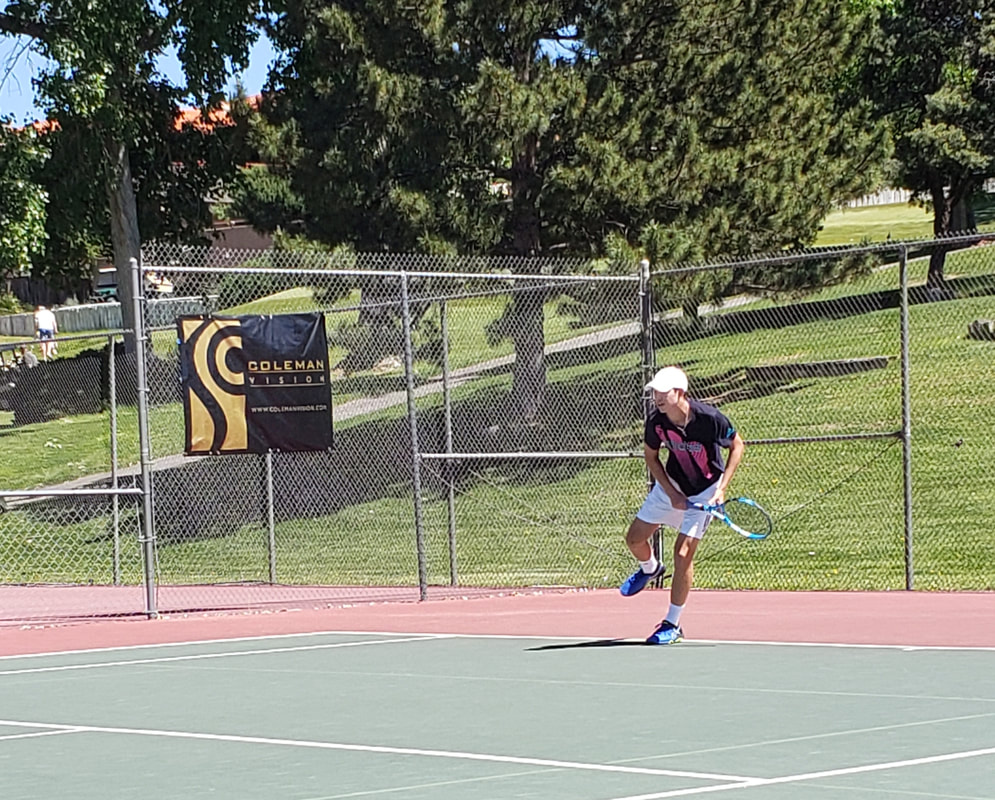 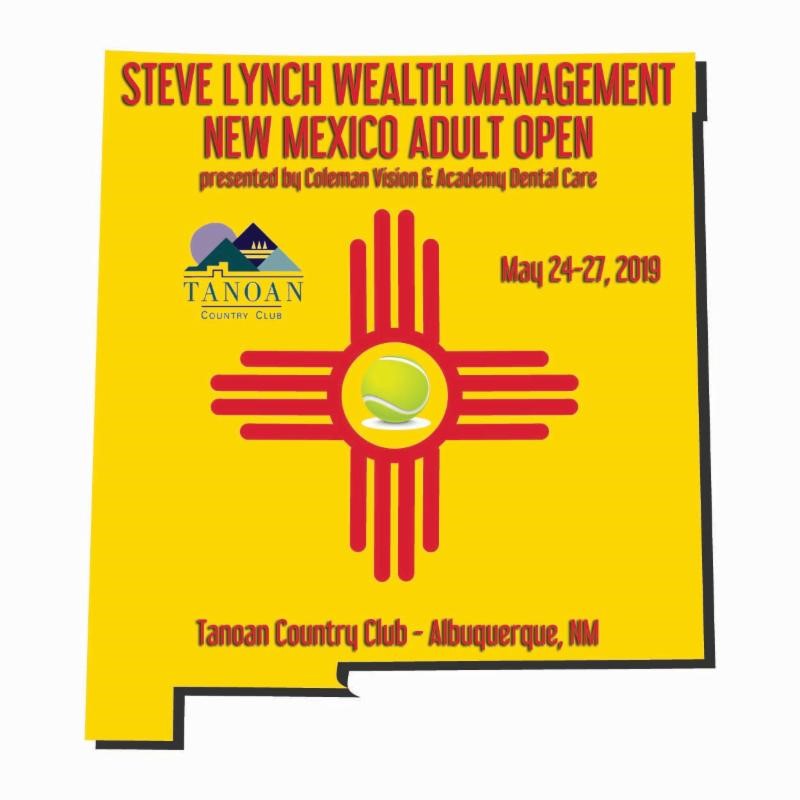 Come play one of New Mexico's oldest and biggest annual adult tennis tournaments, the Steve Lynch Wealth Management New Mexico Adult Open presented by Coleman Vision and Academy Dental Care, held May 24-27, 2019 at Tanoan Country Club in Albuquerque.  Players from all across 'The Land of Enchantment', and, indeed, other states in the Southwest and beyond, typically turn their Memorial Day Weekend into an action-packed, tennis-filled one.

With a variety of divisions of play offered in NTRP and age group play in singles, gender doubles and mixed doubles, this event always brings in an awesome turnout, has a down-home vibe, and ... becomes the de facto state championships for adults (juniors are eligible to play in Open divisions!!!)  This year's event will also feature a nice addition, with a total purse of $4,000 for the event, players will have the chance to earn more than just bragging rights and a trophy, but cold hard cash! 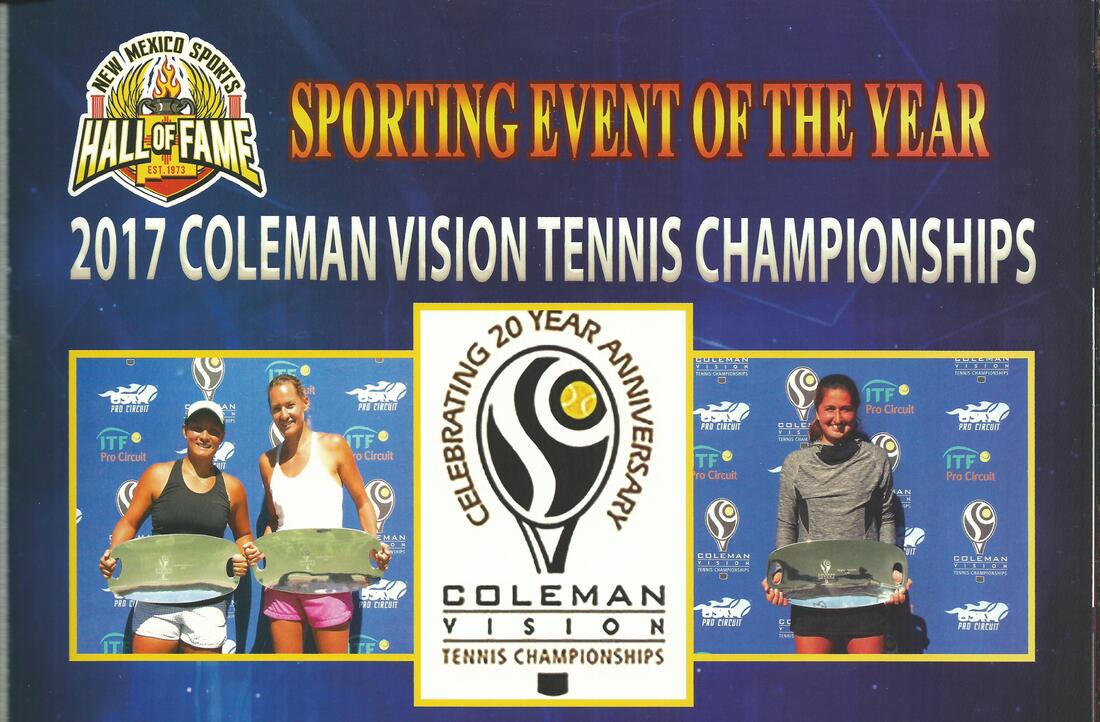 Thank You New Mexico for 20 great years of Women’s USTA tennis! We are proud to continue to support New Mexico Youth Tennis and Tennis on Wheels.   Www.Tennisonwheelsnm.Org 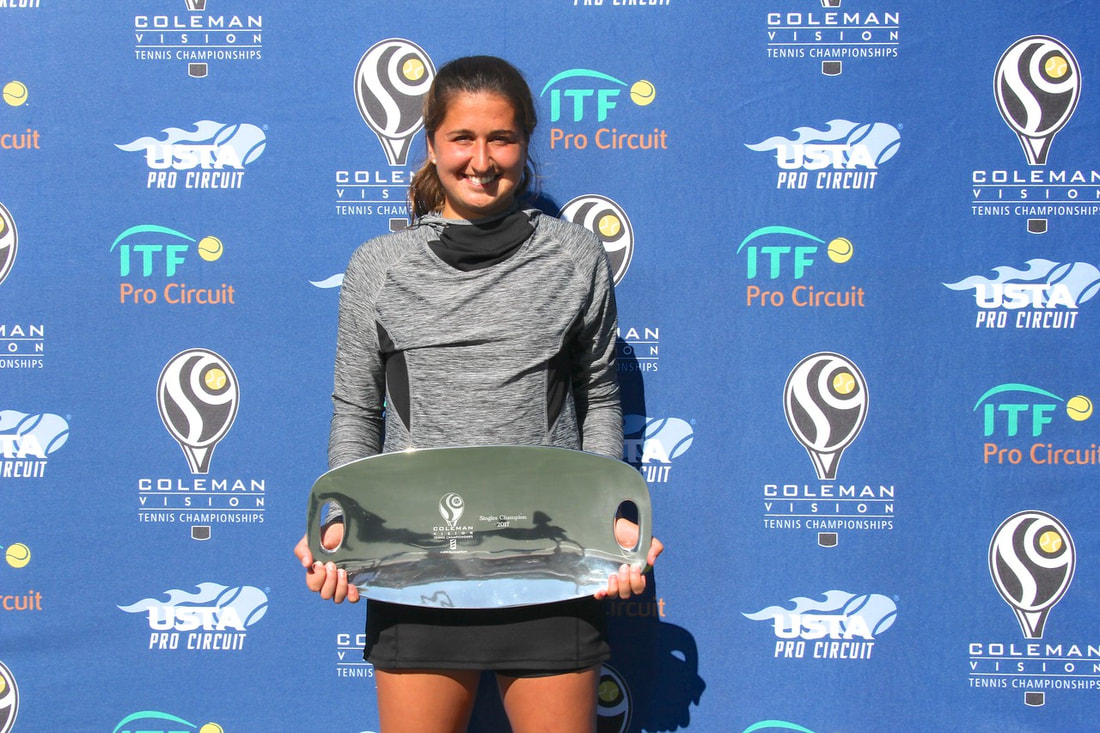 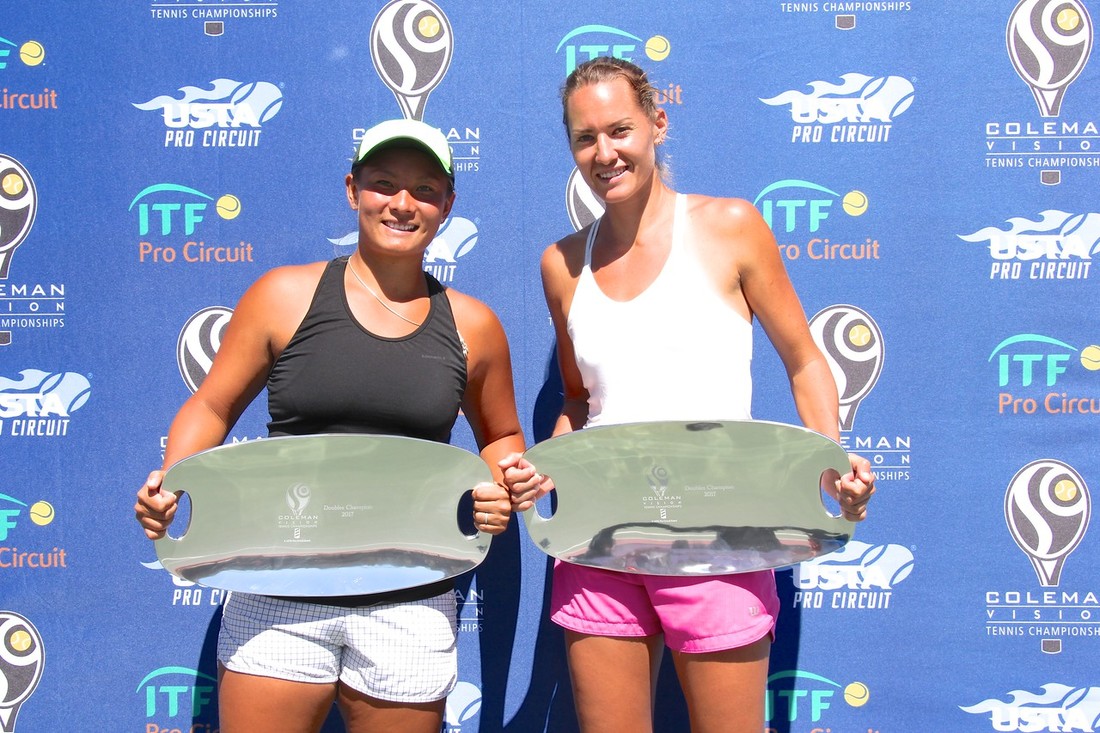 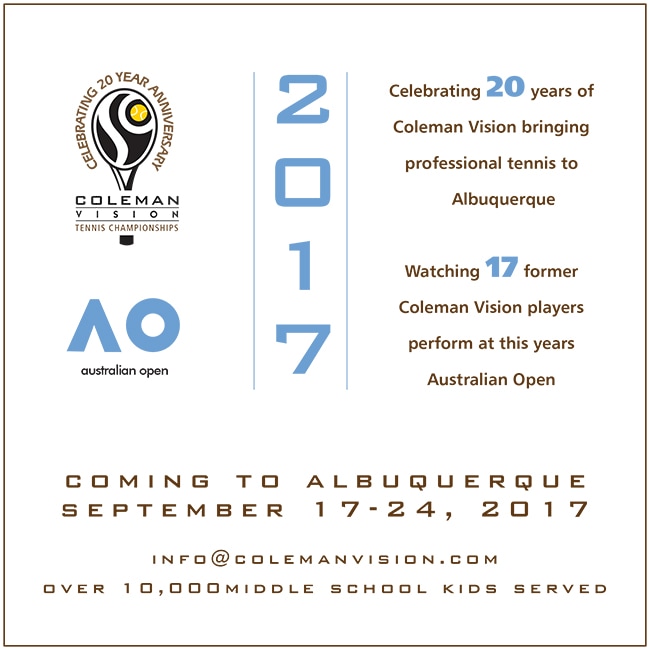 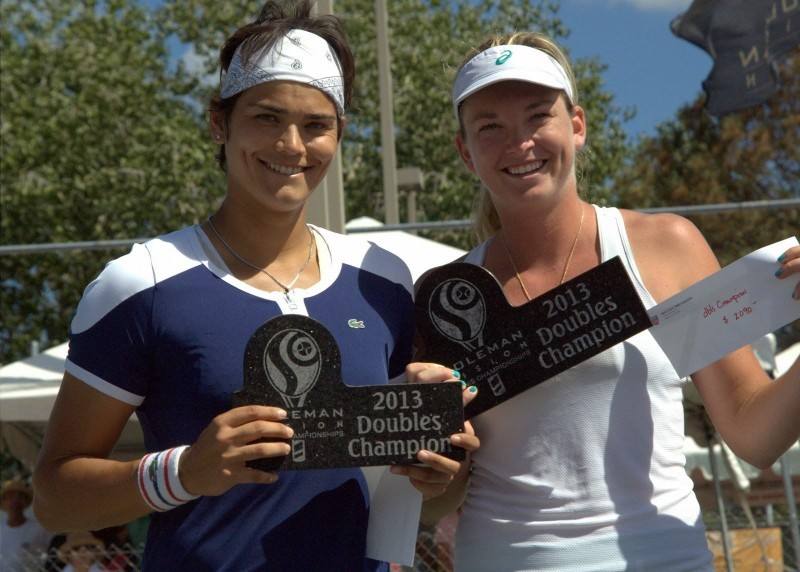 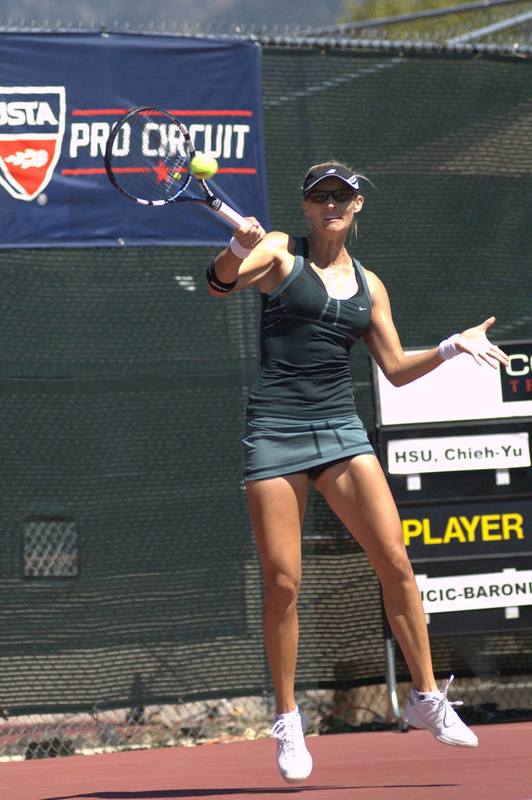 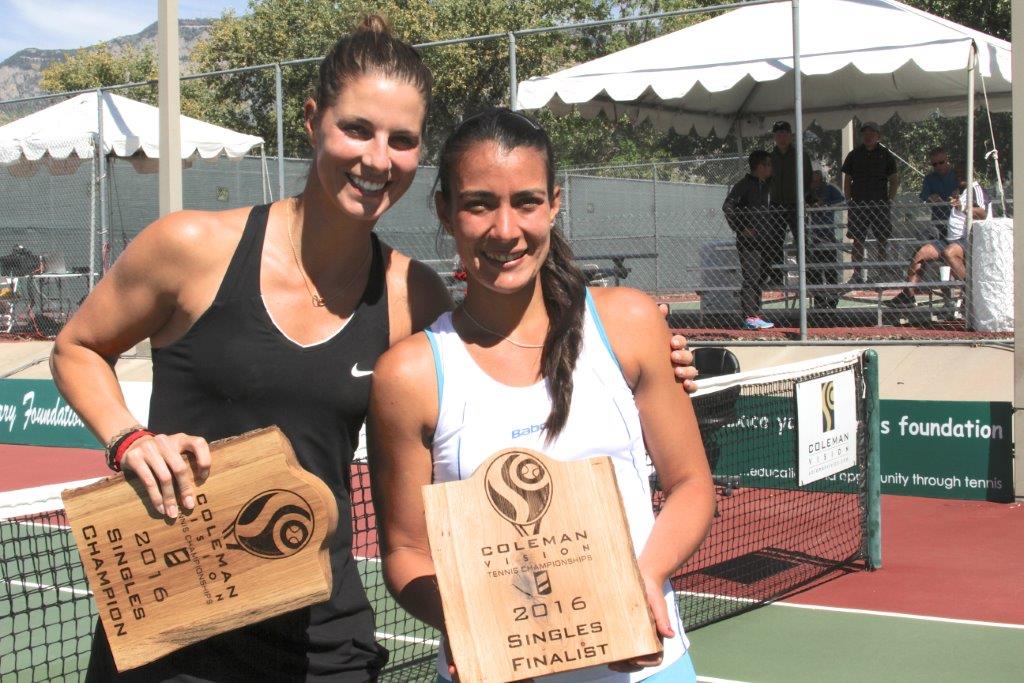 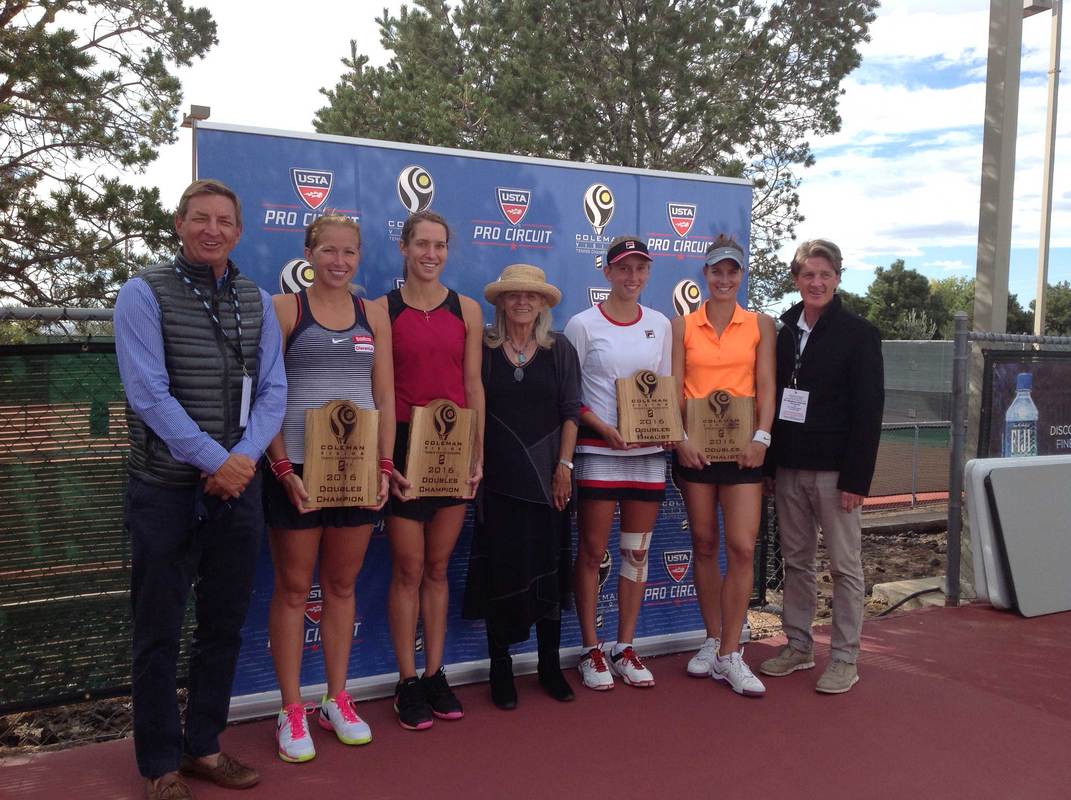 ​The Pro-Circuit motto, “Catch a Rising Star”, truly applies to the Coleman Vision Tennis Championships (“CVTC”). 2016 will be the 19th year that World Class tennis will be played in Albuquerque—again at Tanoan Country Club with a view of the Sandia Mountains.

The 2013 Coleman Vision Tennis Singles Champion, Shelby Rogers, had her best finish in a major during the 2016 French Open. Her Quarterfinal Singles’ loss was to the eventual champion, Garbine Muguruza. Going into the tournament, Rogers was ranked 108. Her ranking currently stands at 60.

CoCo Vandeweghe, the 2013 Coleman Vision Doubles Winner with Eleni Daniilidou, had a great run in Paris—advancing to the Second Round of Singles and to the Quarterfinals of the Mixed Doubles with partner Bob Bryan. Vandeweghe also has done well on the grass courts of Wimbledon where this year she lost in the fourth round.

Other Coleman players with a good showing at Wimbledon include Sloane Stephens, who had a run into the third round of Singles and Naomi Broady, who also made it to the third round in mixed doubles. Vandeweghe played mixed doubles also, losing in the second round. Over ten former CVTC players were in the first round. CVTC Tournament Director Sue Jollensten said the Wimbledon draw almost looked like a CVTC draw with so many Coleman players in the first round. Many of these players will be representing their home countries at the Olympic Games in Rio de Janeiro where the matches begin August 6th.

Fans can look forward to another great tournament this year. Don’t miss a thing! Qualifying Singles matches begin at Tanoan on Sunday, September 18th, with the Singles and Doubles Finals to be played Sunday, September 25th. Tickets can be purchased using the printable ticket forms found on this site. On-line purchasing and details of the event will be available soon on this website.